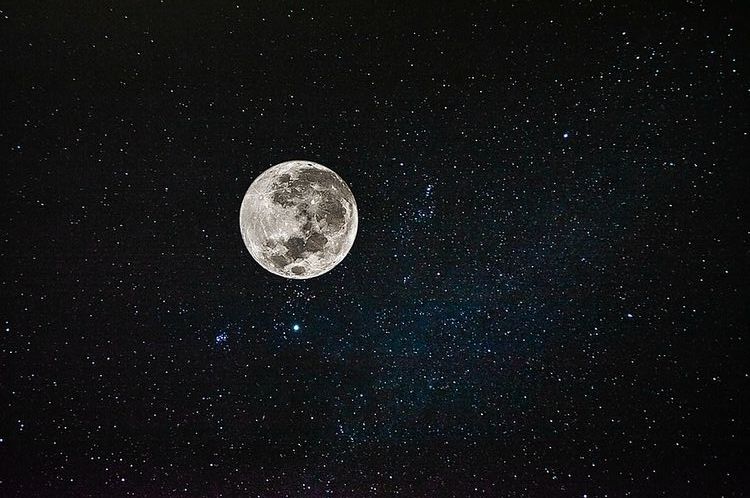 The Man on the Moon

It was in the thirty-third year of the second century of the reign of the Korihor Caliphate that Asma Talab was born in the city of Rahma. Once Rahma had been a provincial farming town, but the invention of the pedaled basket-carriage by a resident merchant had turned it into a bustling manufacturing hub. Asma enjoyed the sight of the carriages going down the streets; it astounded and gratified her to know that mankind was capable of such marvelous works.

Sometimes, safely anonymous under her veil, Asma ventured out into the ruins of what the caliph’s scholars had determined to be an ancient city from the time of the barbarians. The scholars had laboriously translated the name of the ruins from archaic gibberish into the modern tongue: the abandoned settlement was called ‘Ditruyt’. While she was strictly forbidden from traveling beyond her house unaccompanied, in the dark of night, no one could stop her.

Her days were less eventful—they were spent in the madrassa. The first class of the day was history, her favorite subject. For the past week, they had been covering what little was known about the barbarian empire during the era when it reigned ascendant, before its degeneracy resulted in its downfall and the glorious dawn of the Caliphate. Today they were covering the twentieth century. Her teacher cautioned the class:

“We don’t know a lot about those times—when the Library of Wikipedia was burned, most of the knowledge from that era was lost with it. What records we have left say all the servers perished.”

A tear came to Asma’s eye. She could hardly bear imagining it. All those servers carrying about their scrolls, burned alive—the past was truly a barbaric time.

A boy named Qaleeb noticed the tear and smirked. Women. Asma ignored him.

Perhaps it was unwise, but Asma couldn’t resist asking the question that had burned at her since the night she had first skulked around the ruins of Ditruyt under the stars: “Teacher, is the Man on the Moon real?”

Her teacher paused and said hesitantly, “Nobody can say whether the Man on the Moon is real. It’s a matter of faith.”

Qaleeb had no such hesitance. “Sure, there’s a man on the moon—he lives there with the tooth fairy and the invisible unicorn princess.”

“But the Apollo transcript—”

“Right, yeah, Apollo. They stole the name of their myth from the pagans, and you still believe it?”

“But we have his words—”

“Oh, sure. ‘One small step for man, one giant leap for mankind’—what sort of Man on the Moon would butcher his words like that?”

Asma grew heated. “So you think it was all just a big lie, and everyone living then was stupid enough to believe it?”

Qaleeb waved his hand. “The people living back then weren’t as sophisticated as we are today. To them, the idea that a man could go to the moon probably seemed totally feasible. Of course, now we know that’s impossible. To go to the moon, you’d have to fly. But as our scholars know now, flying takes wings, and people don’t have wings. Maybe back then people believed in fairy tales about riding in a box on a magic flame, but I haven’t seen any birds flying on a flame.”

He leaned back in his chair with satisfaction. The teacher told the class to move on. Asma fumed.

That night, when all was silent, Asma crept out of her house and gazed up at the sky. She knew, even if Qaleeb and every single one of the scholars sneered, that she believed in the Man on the Moon.

For in this hope we were saved. Now hope that is seen is not hope. For who hopes for what he sees?
—Romans 8:11